How are pictures created through refraction?

Cut glasses can bundle or scatter incident light rays - depending on the design. Such glass-like bodies, which are usually circular and have a certain curvature, are called "optical lenses". A well-known example is the magnifying glass, which can be used to obtain an enlarged image of an object. 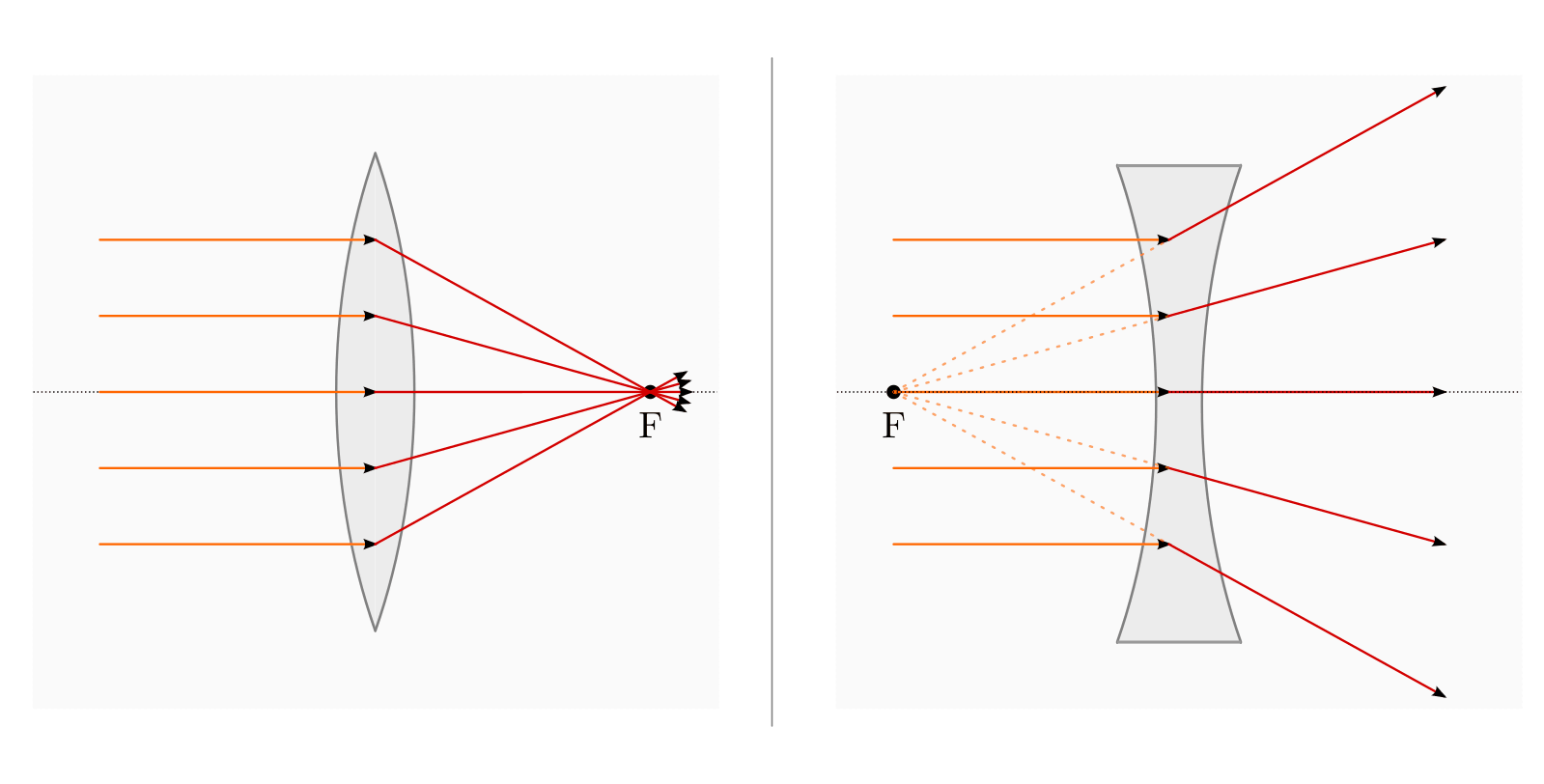 In order to explain the creation of an image on an optical lens, the same terms are used (as far as possible) as when describing curved mirrors:

One draws for any point of the object

two or three of the rays mentioned above, one obtains the appropriate image point as the intersection of the rays.

Image formation on a converging lens

When an object is shown through a converging lens, the position and size of the image depend on the distance

the object to the lens and its focal length

If one approaches an object of a converging lens from a great distance, the image also moves away from the converging lens. Collecting lenses produce inverted, reversed images of objects when they are out of focus.

If one approaches an object from the focal point of a converging lens, the image also approaches the converging lens. Collecting lenses produce enlarged and upright images of the objects when they are within the focal length (magnifying glass effect).

To construct the image, the image rays emanating from an object point are drawn further behind the converging lens. It should be noted that focal point rays become parallel rays and central point rays always hit the lens perpendicularly and thus pass through it without refraction. The position of the image corresponds to the point of intersection of the elongated parallel or central rays behind the object.

Because of their magnifying effect, flat converging lenses (with a long focal length) are used, among other things, as magnifying glasses and lenses.

Image formation on a diverging lens

A diverging lens always produces upright, reduced images. If an object is brought closer to the lens surface, the image of the object also moves towards the lens and becomes larger in the process; however, it always remains smaller than the original.

To construct the image, a parallel and a focal ray are drawn in at a point on the object. The parallel beam is refracted by the diverging lens so that the rearward extension of the beam passes through the focal point. The (always reduced) image is located at the intersection of the parallel beam extended in this way with the central beam between the object and the lens.